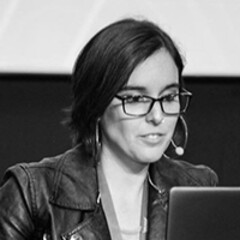 I'm a 3D modeler and texture artist with a focus on bringing characters to life.
Before coming to the US, I worked in Brazil with Archviz , in commercial houses as a 3D generalist and taught for 3 years on the subjects of Archviz and 3D Character Creation. I moved from Brazil to follow my dream of studying at Gnomon School of Visual Effects. While there, I studied a ton and met amazing artists. After finishing school, I've worked for various studios including Disney Consumer Products, Blizzard Entertainment as a 3D Character Artist on Overwatch, Dreamworks as a 3D modeler and Netflix Animation as a Character development artist. Today, I live in Los Angeles with my sweet husband, strange cat Mia and my crazy dog Sadie, currently working at Walt Disney Animation Studios as a Character Modeler.

You can find my work at - http://www.leticiagillett.com